From the warmth of Africa into the clutches of bailiffs in Finland, from the events of First World War to the hidden reaches of the wilderness, and from there to the front in the Finnish Civil War and then drawing and designing for the military headquarters and serving as aide of the Regent of Finland.

The early 20th century was a time of major change in Finland, and life led also Akseli Gallen-Kallela and his family in many directions.

At the time, Akseli Gallen-Kallela was a well-known artist, but his prominent position had negative aspects: he was criticised by young artists and mocked in cartoons in the press. Everyday life was one of austerity with no peace and quiet for work. Money was tight and political unrest concerned the whole family. 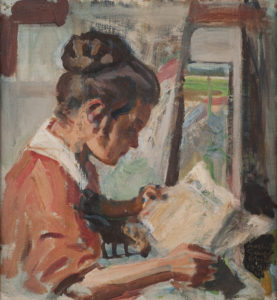 At the Gallen-Kallela Museum, the centenary year of Finnish independence will be launched by an exhibition addressing a period and a topic that still arouses questions and discussion: the 1910s and Akseli Gallen-Kallela’s role in art policies and political change in these years. What can we know about Akseli’s activities during the war, where he was, what he did, and what he told about his feelings? 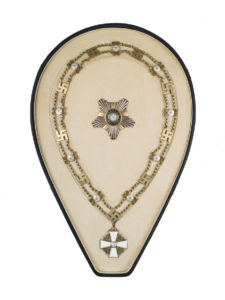 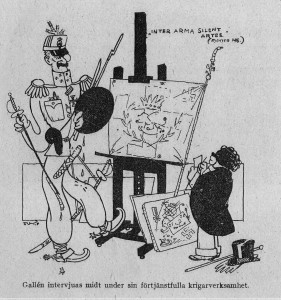